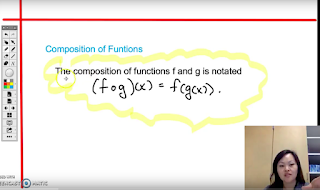 But more students complain about learning from videos than appreciate it. 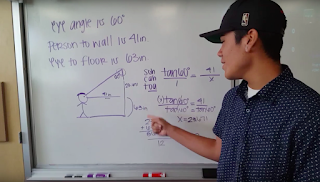 Then came the idea that having students create video tutorials themselves helps them learn content and forces them to communicate their reasoning.
For hard working students, they had to re-record multiple times to get to the end product and I saw that the level of mastery was much higher than when a worksheet was handed out to them.
Videos are only one of the many tools we have at our disposal to help our students master content.

But for struggling learners the best thing really is one-on-one attention. 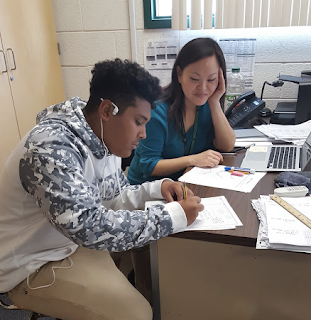 Truth is, today's teachers don't have the time to help all 36 students in a classroom everyday, in each period. And reality is that for many parents and students, learning online is just too foreign.

When I tried using videos so I can spend one-on-one time with my students, parents started complaining. They didn't see that watching videos and listening to my lecture was the same boring task. I stayed strong last year, but this year I caved in. When the customers refuse to buy my product, I am not a forerunner, I am just a loser. 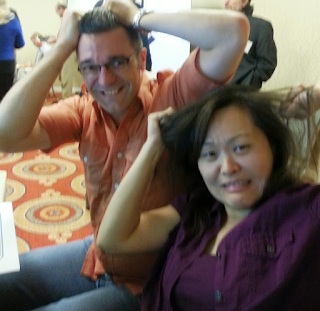 One week before the end of the grading period, my Algebra 2 students were noticeably frustrated. They asked me what happened. Didn't I allow my students last year to do test corrections? Didn't I sit with them one-on-one to help them learn and bring their grades up? I explained that I can't teach in person and also help them one-on-one simultaneously. It's physically impossible.

So this time, THEY suggested I record videos for them. They said they will learn from my video. They said I can sit with them one-on-one to tutor them and get them to solve similar questions in front of me so they can bring their grades up.

To keep the students accountable, I gave them a short 4-question-quiz on the last day of the grading period based on the videos they were watching throughout the week. They averaged a C on that short quiz.

After report cards came out, some students said they didn't like learning from the videos while others requested that I only teach online. But all of my students liked the opportunity to spend time with me one-on-one. It helped them understand where they went wrong. It also helped them bring up their grades since they corrected a test item, then solved a similar question.

When I read that book by Michael B Horn, I thought it was interesting how he described learning using cars. Yes, electric cars are cool, but if there is no market for it, it won't sell. And it won't replace the market that is dominated by traditional gas guzzling cars. So then came hybrid cars. There is a niche for electric cars and the market for these will grow. 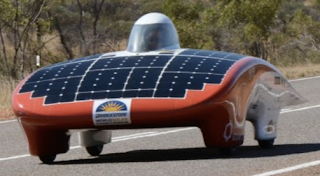 I tried selling electric cars in my classroom. It didn't sell. This semester, I came up with a hybrid. My customers liked it. It's an ongoing research. What works best in the classroom? And each classroom is different. 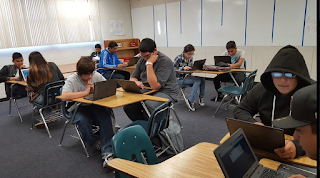 I love that I work at a school district that provides a Chromebook for each child. I love all the available resources out there that help students learn content in depth. But you see, the most important thing we need to look at is, how can we use all these resources so we can make more one-on-one time for our students. I heard speakers talk about emphasis on learning and not on technology itself. But it didn't really click with me till this semester. I was so excited about this tool and that tool. And I was so scared that I'd fall behind other teachers if I don't stay updated on new tools. But now I see that all those things are secondary to interaction with students. Some students will not lift a finger till you sit next to them and force them to do something. Wait. Some students do not lift a finger EVEN if you spend time with them. But most will learn if they get more time with you. And no, they don't want to share you with 35 other students. They want you to themselves. Right now, I'm at a happy spot. I have enough tools at my disposal so kids can learn while I spend one-on-one time with them. I wish that I can come up with more hybrid cars for my customers. 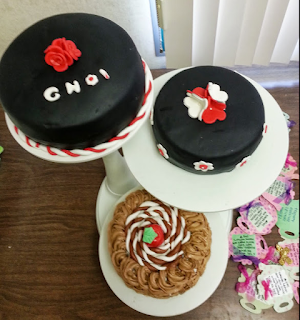