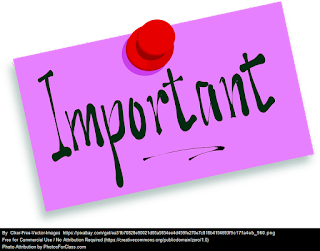 Today is an important day.
We are practicing station rotations.
I started utilizing station rotations in my classroom about a year ago and it has made such a difference in my outlook on teaching.
Last semester, I had a regular Algebra 1 class so 4 stations with 8-9 students in each station was feasible. After all, half the children worked without prompting and the other half needed more attention.

This semester, with this Introduction to Algebra 1 class, I decided that the same format would not work. I remembered that when I had a group with more than 4 students needing intense help, I lost one to three kids in the teacher led station. During the winter break, I attended the District math meeting and spoke to Joe, who already taught this class at another site. He told me he did 8 groups with 3-4 students in each group, and the rotations lasted 3 days.

He is a coach and his presence is felt. So I'm sure he was able to manage going for 3 days using station rotations. I have a different aura and station rotations mean free time for some of my students. I don't want station rotations to last too long.
I decided to try 6 groups of 6 students with each station lasting 16 minutes. I have them for two periods, so I can finish all six groups in one day (I can fit 3 stations in one period).

Today I decided to give students 10 minutes in each station. I was going to need time in between rotations to explain in detail what they were expected to do. I used this lesson today.

My first class was extra rowdy. This is in stark contrast to the class atmosphere from the past 2 days. I realize that the students are taking advantage of the fact that I'm only focusing on Station 4, the teacher-led station.
In between switching stations, I kept reminding the students that the volume of their voice has to be close to a whisper. Then I told them I like that they are talking.

The second class did much better. They didn't require much prompting. They got up when the 10 minute alarm rang and moved to the next station without a fuss. One child complained about getting up and moving to the next station, but he did what I asked in the end. I kept reminding students that if they need anything, like permission to go to the restroom, a pencil, a loaner Chromebook or a notebook, they need to talk to my peer tutor and not me. I have a peer tutor in three of the four periods. They help me so much when I'm running station rotations. 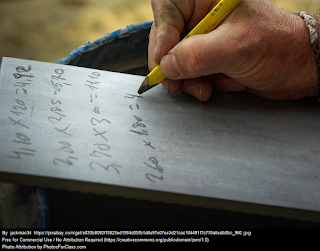 In the teacher-led station, we did a number talk on 18 x 5. I learned that students are hesitant about sharing that they count by five 18 times. I kept congratulating them when they shyly shared this strategy. The ones who multiplied using the traditional method were really proud and confident in their speech. I congratulated them too but with less enthusiasm. Only 1 child shared an area model. I'm hoping that as time pass by, students will be more willing to share.

I would spend more time explaining the things I had my students do today to practice. But I am exhausted. One girl who came to my class for the first time today (yes, this is day 3) was being defiant and I had to call her mom. She didn't even let me finish my sentence during our conversation after class. She had something to say back to me after every sentence. I kept reassuring her that I am here to help her be successful so she can put her guard down. But it didn't look like she trusted me. Once I sent her off to her next class, I spoke to mom on the phone and mom was really sad. It turns out that she failed all her classes last semester. And she had a long long list of referrals for a 9th grader. When I emailed her counselor and the admin in charge of counseling, I found out her mom pulled the girl out of school. The counselor told me my phone call was the last draw for mom. The student will attend Come Back Kids, run by Riverside County of Education. I guess I won't have to deal with her, but I feel sick in my stomach. Did I already fail a kid?
The counselor must have read my mind. He emailed me and said it's not my fault. So I feel better.

My second group of students were so in-sync that we had 12 minutes left over in the period. I used that time to have students share one thing they liked about station rotations and one thing they didn't like. Most couldn't tell me what they didn't like.  After all, today is only the first day they were exposed to station rotations. They liked the independent work and the fact that they can talk to each other.

I don't know why, but I'm not looking forward to tomorrow.
Posted by MathPrincessC